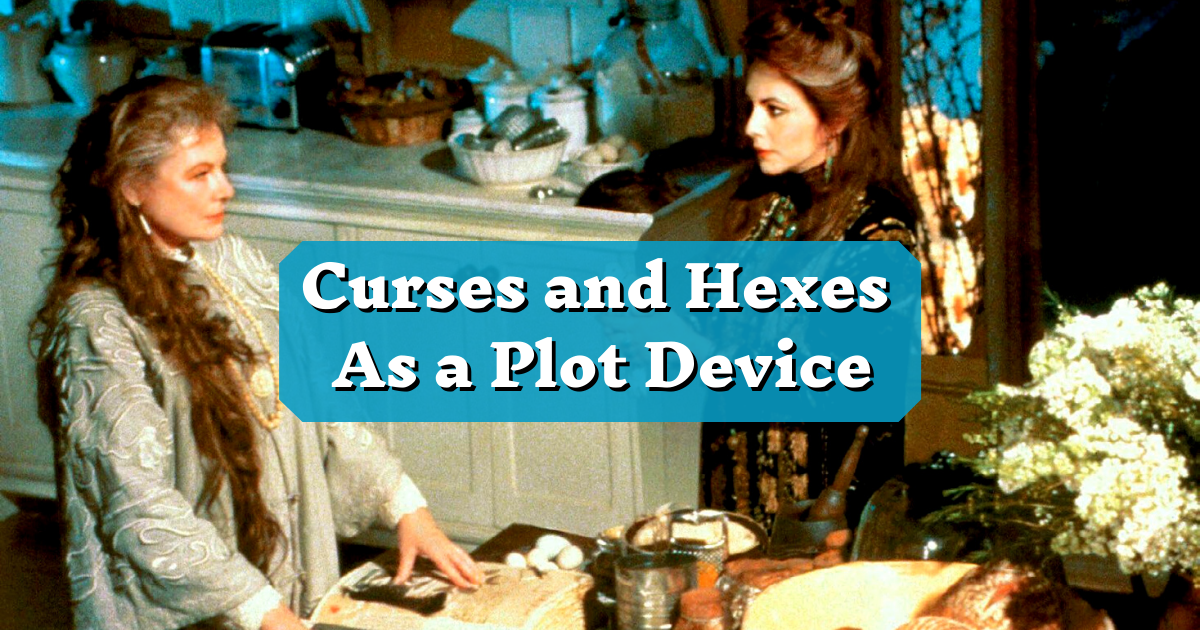 Curses have been used in literature, theater, and fairy tales for hundreds of years. They are the theme of many movies and television programs and can even be found in gaming. When they are utilized as a plot device, they involve one character casting a curse or hex on another, which moves the story forward as the recipient of the curse must battle or deal with its effects.

Fairy tales thrive on curses. But the original versions of your favorite fairytales might be much darker than you would ever imagine, with stories of cannibalism, child abuse, rape, and graphic violence.

This dark tale has gone through many incarnations over the years and is thought to have first been told around 1330. Early versions tell how an evil fairy cursed the princess to fall into a deep sleep after pricking her finger on a piece of flax. One version mentions seven fairies, one who was not invited because she had been locked in a tower for many years and presumed dead. When she shows up at the christening, she bestows the gift of a curse. The Grimm fairytale version replaced the flax with the spindle of a spinning wheel. But those early versions include how a wandering king came across the sleeping girl, raped her while she still slept, and impregnated her with twins. Charming. It is not until she gives birth that one of the babies brings out the flax that initially put her to sleep, thus awakening her. However, we can see how the story of a simple kiss awakening her came to be – it was a much-needed, G-rated interpretation of events.

The original story was published in 1812 by the Brothers Grimm and featured many of the same elements we know today: the vain stepmother, the magic mirror, the poisoned apple, and the seven dwarves (although the dwarves were nameless in the original story.) We are familiar with the evil Queen wanting the Huntsman to bring her Snow White’s heart in the modern telling. Initially, she requested her lungs and liver so that the Queen could eat them. When she finds out the Huntsman didn’t do the job, the Queen sets out to kill Snow White herself. Disguised, she sells Snow a bodice and laces her up so tightly that she collapses but is revived by the dwarves. The second assassination attempt is with a poison-tipped comb, but the dwarves revive her again. The poisoned apple finally does the trick, and the dwarves rest her in a glass coffin.

A prince comes across the supposedly dead Snow White lying in her glass casket during a hunting trip. After hearing Snow White’s narrative from the Seven Dwarfs, the prince is permitted to return to her to his father’s castle, a more appropriate resting place. Suddenly, one of the prince’s servants falls and loses his footing while transporting Snow White. This miraculously resurrects Snow White by dislodging a chunk of poisoned apple from her throat. Of course, they fall in love and plan to wed. The Queen is invited to Snow White’s wedding, where the guests heat a pair of iron shoes over a fire and force her to wear them and dance in torment until she dies.

Both the stories of Sleeping Beauty and Snow White traditionally ended their curses with a magical kiss – not found in either original version of the stories. But what is interesting is the vehicle in which the curses were cast. Neither was simply by chanting a spell or magical words. They both included cursed objects, which brought about the deep sleep of these two maidens. Neither the flax (later spinning wheel) nor the apple caused permanent death – just a cursed, deep sleep. So, you might say that if the goal were to kill them the spell caster didn’t do a very good job. But, as a plot device it makes sense. If you kill off your leading lady right away in your story and she’s dead for good, that doesn’t make for much of a plot.

We’ve been telling stories with hexes and curses for as long as stories have been told, filled with bad luck, punishments, and redemption. But, whatever the reason behind why they were cast, these curses deliver precisely what we humans crave in literature and in our everyday lives: clear causes for disastrous consequences and explanations for the terrifying and irrational. They are lessons in cause and effect.

THE HOUSE OF THE SEVEN GABLES 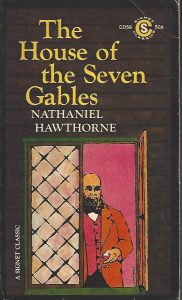 Nathaniel Hawthorne’s novel The House of the Seven Gables follows the generations of a Puritan family and the curse that follows them. The Pyncheons are a well-respected family in their little Massachusetts town, but their past is filled with mysteries, inexplicable deaths, and a dying man’s curse. Colonel Pyncheon is a wealthy and influential Puritan from Salem, Massachusetts. He just has one ambition: to bequeath his descendants a magnificent home. After much hunting, he finally discovers the perfect spot for his house, adjacent to a freshwater spring. But there’s a snag. It’s a big one. Matthew Maule, a poor man, owns the property. Colonel Pyncheon refuses to buy Maule’s land since he has already cleared and tilled it. Colonel Pyncheon, on the other hand, is patient. Pyncheon sees his opportunity when witchcraft mania sweeps Salem in 1692. He accuses Maule of witchcraft, and Maule is hanged as a result. Maule curses Pyncheon before dying, warning him that ‘God will give him blood to drink.’

Pyncheon begins construction on a large residence, which he names the House of the Seven Gables, as soon as he obtains Maule’s land. However, Matthew Maule’s curse reappears on the day of Colonel Pyncheon’s housewarming party. Pyncheon is discovered dead, his neck covered in blood. The curse has begun. And so the story continues with the descendants of Colonel Pyncheon being affected by the curse.

THE BOOK OF SPECULATION

In this novel by Erika Swyler, we have Simon and Enola Watson, who are from a line of breath-holding carnival mermaids, but each generation of Watson women suddenly drowns on the same day every year. The clues to the curse of July 24th are weird ecological events, a mysterious ancient book, and a collapsing house. In this novel, the plot is about the investigation of a curse with Simon trying to find out the source of it in order to attempt to end it. I will tell you that the story deals with a cursed object causing the problem, but, not being an author who enjoys publishing spoilers, you will have to give it a read to find out what that object is. It may not be the one you thought.

THE BOY WHO LOST HIS FACE

In this 1989 young adult novel by Louis Sachar, we are introduced to the main character, David, a young boy in middle school. His friend, Scott, wants to hang out with the cool kids, but David isn’t quite cool enough to be accepted into the group. When the boys decide to take an elderly lady’s cane, the old woman casts a curse with David as the target. Everything goes wrong all of a sudden: David smashes his parents’ bedroom window, his fly is never zipped, his pants come down, and he pours flour all over the place. Meanwhile, his “friends” mock him and exclude him from their social circles. While you’ll have to read the book to find out what happens, this is an excellent example of a curse being cast by using nothing but words. Or, do the words create a self-fulfilling curse?

CURSES AND HEXES IN MOVIES

Hollywood and television have used curses and hexes as their plot too many times to count. But here are my two favorite examples, each one using a different type of curse.

The Owens family curse is one of the fundamental conflicts in the film. The first thing viewers learn about Maria Owens is that she cursed her family (accidentally), resulting in a generational curse that any man who dared to love an Owens woman would die. Her original intention was to call a spell on herself so that she would not feel the pain of love loss. But, over time, it caused her to turn bitter and the spell transformed into a curse. When Sally and Gillian’s father dies when they are only children, we see the curse in action. Their mother passes away as a result of a broken heart, and the two girls are forced to live with their aunts. The curse reappears several years later, this time with Sally’s husband, who also succumbs to the curse and is hit by a truck. The elimination of the curse was one of the many difficulties remedied after the ritual that took care of Jimmy.

There is no curse in Alice Hoffman’s book “Practical Magic.” Sally and Gillian’s parents, as well as Sally’s husband, do pass away. (In the book, he is hit by a car full of teenagers when he steps off the curb.) However, none of these fatalities have anything to do with the curse. These deaths are solely for the purpose of driving the plot forward.

DRAG ME TO HELL 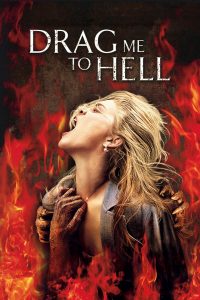 Christine Brown works as a loan officer at a bank, and she is competing for an assistant manager position with a coworker. Because her boss thinks she is incapable of making hard decisions, she declines a time extension on a loan to an elderly woman, Mrs. Ganush, who is facing foreclosure and the loss of her home. In vengeance, the elderly woman casts a curse on her, which she later discovers will result in her being dragged to hell after three days of being tormented by a Lamia demon. (In mythology, a Lamia is a demon who devours children.) She eventually turns to a psychic who has had experience with a Lamia to try and exorcize the demon.

Some spells and curses call upon what is called an ‘intranquil spirit’ to torment someone until they give in to whatever the caster wishes. Here we have a curse that calls upon an outside force, a demon, to carry out its wrath. You will find more on the intranquil spirit in the next chapter.

Whether the curse appears in books, television, the theater, movies, or beloved fairy tales, any good fiction writer will appreciate the one thing they have to offer – they provide the characters with a conflict that seems impossible to hurdle.

think there is a curse afoot? Check out my Uncrossing service here.